Anna grew up and studied in England. She has a First Class Honours Degree in Performing Arts from Bath Spa University as well as a Foundation in Acting from The Oxford School of Drama. Now residing in New York, Anna is a director in residence with Ruddy Productions and was a member of the Stage Directors and Choreographers Foundation in 2015/16. See below for more details about some of the projects that Anna has worked on. 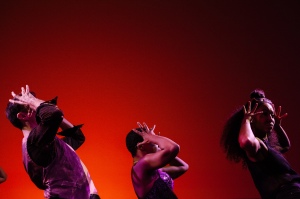 The official launch of Matter Studios. ‘A public pipeline to new voices and new ideas. Some of the performers in our 11/2 event are people we are developing projects with. Others are people we admire, and hope to develop things with. Some are just entertaining, and we want them to be there. We are ready to say/show/display a bit more about what Matter Studios is about: surprising, risky, personal storytelling, in a variety of forms, that makes you feel something.

A hilarious and entertaining new homespun comedy about a Corvette swallowing sinkhole, moon rocks, climate change, General Motors, and how to avert the End of Times…

May Flowers – Directed by Anna Loyd Bradshaw for Ruddy Productions at The Kraine Theatre, Manhattan

Two strangers sit on a park bench and talk of love, loss and the contents of their respective handbags. A meeting of minds, if only for a moment, because love, surely, never lasts…

A feature length mockumentary that tells the story of two men making a musical about one woman who eats over 300 pieces of fried chicken after one hell of a breakup.

A raucous late night play competition featuring members of The Flea’s resident company, The Bats, and some of NYC’s hottest young playwrights and directors.

In #serials@theflea, five teams perform original ten-minute episodic plays. The audience votes for its three favorite plays, which return the next week with a new installment. The teams with the two least popular stories must likewise come back the following week, but with entirely different serialized plays.

Ester is a swimmer trying to stay afloat. Amy is curled up on the locker room floor. Victor hates jocks but not girls. Reba just wants to party. A play about girls, abortion, bath salts, bathing suits, rashes, love, and what happens in one high school locker room after everybody’s left. Written by Ruby Rae Spiegel.

“Ms. Spiegel demonstrates an uncanny gift for presenting the unavoidable messiness of being young with a theatrical sense of order…”
— Ben Brantley, New York Times

Swallows and Amazons – Directed by Anna Loyd Bradshaw for the egg, Bath

Cast your imagination adrift and join the Walker and Blackett children on their glorious summer holiday adventure. This action-packed ‘play with music’ will utterly absorb audiences into the children’s world. Set sail across the lake, learn to swim with Roger and Titty, camp out on Wildcat Island and join the battle against Captain Flint.

Enjoyed by children and adults alike since 1930, Arthur Ransome’s timeless story has been adapted for the stage by Helen Edmundson (Coram Boy) with music by Neil Hannon (The Devine Comedy).

It’s the spring of 1943 and British and US forces are at war – both on the battlefield and on the home front. This new musical tells the story of a love affair between an American soldier and a British girl. As their countries prepare to dig in for battle, can their young love cross the barriers between their two nations? Seen through the eyes of the women left at home, this beautiful tale is accompanied by a live orchestra. Written & Developed by Richard Cowper and Anna Loyd Bradshaw with Music by Alfie Pugh.